Interstitials are ads that appear while a chosen website or page is downloading (generally known as pop-up ads), and like other types of advertising on the web, they can often be misused.

As you may already know Google rewards websites that have good, relevant content which helps towards your organic rankings. That content still gets indexed by Google even if there is a large intrusive ad covering that content. These ads can frustrate users, especially on mobiles where you have a smaller screen, and flies in the face of Google wanting sites to provide a positive user experience.

After 10th January 2017, Google will begin cracking down on pop-ups that visually obscure page content, meaning you will be penalised for using intrusive pop-ups.

Google has provided the below examples of poor Interstitials that will be penalised as well as examples of how these types of ads should be used.

The following examples of techniques that make content less accessible to a user are taken from the Google Webmaster Central Blog. 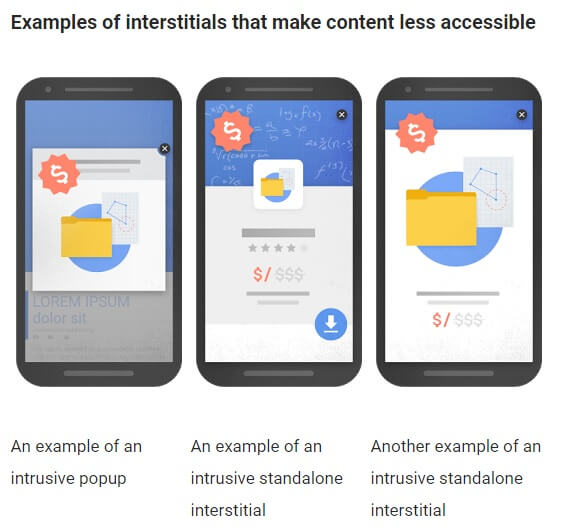 By contrast, here are some examples of techniques that, used responsibly, would not be affected by the new signal: 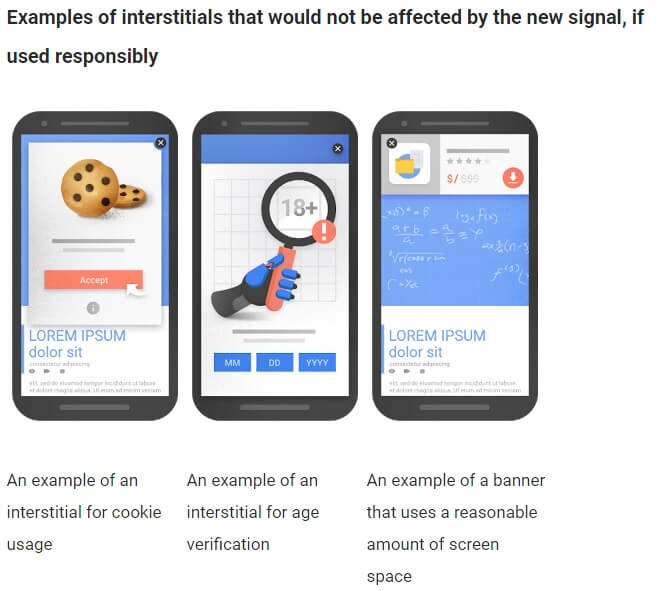 In November 2015, Google launched the App Install Interstitial Penalty. Google is replacing that version and with this new interstitial penalty and they explain why:

“We previously explored a signal that checked for interstitials that ask a user to install a mobile app. As we continued our development efforts, we saw the need to broaden our focus to interstitials more generally. Accordingly, to avoid duplication in our signals, we’ve removed the check for app-install interstitials from the mobile-friendly test and have incorporated it into this new signal in Search.”

So when this change/penalty rolls out, such sites may see a decrease in their CTRs. But this is only one of the hundred ranking signals, so such a page may still rank if it has great content, perfect for the intention of the search query and satisfying other signals.

teclan have a wealth of SEO knowledge having worked on websites since the 1990s. Contact us today on 01463 898 043 to discover how we can grow your business.

We care about your business. Our success is entirely based on your success.